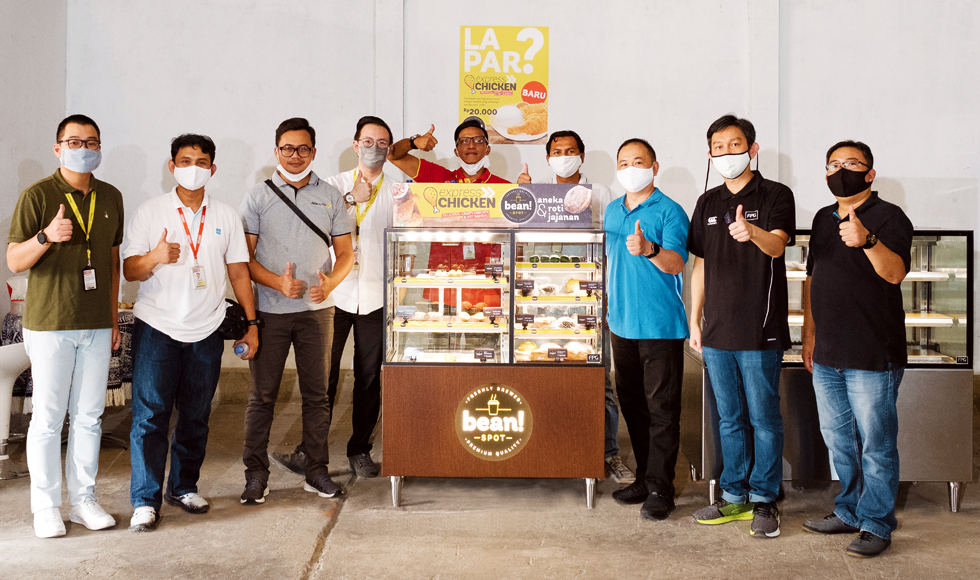 In June this year, the Alfamart team met to discuss plans with Setiawan Nurtjahja, FPG Indonesia General Manager, at the new FPG warehouse in Jakarta.

The session went very well. Setiawan noted, “The Alfamart team were impressed with our solution. Relationships are important to us and it was nice to catch up after the Indonesia COVID-19 lock-down.”

The star of the show was the FPG vertical split cabinet with heated and ambient display zones. “Both the visual impact and performance of the cabinet are fantastic,” said Setiawan.

As many of our readers will appreciate, FPG cabinets are premium. They are high quality designed to help retailers sell more product, extend product shelf life, and importantly hold product at compliant core product temperatures. Compared to many existing food display cabinets in Indonesia, they represent a step-change.

Setiawan reported the team’s feedback. “In addition to the food looking fantastic in the cabinet, the team were also impressed with the quality.” Cooked in Moffat ovens and held in the heated zone of the FPG cabinet for 3 hours prior to the meeting, the team tried the fried chicken on their arrival and again at their departure - 5 hours after being stocked in the cabinet. The feedback? The chicken was as fresh as if it had just come out of the oven.

They also did some comparison tasting between the Alfamart chicken and the chicken sold by a competitor. The Alfamart product was deemed far-far superior.

Complemented with branding to emphasise the quality and careful price positioning, we are sure Alfamart’s customers will agree.